Charity as a way to humanity’s evolution 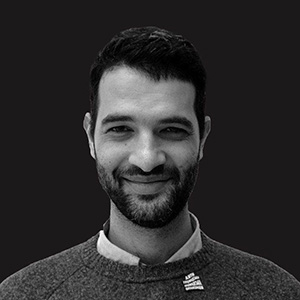 “If you knew what I know about the power of giving, you would not let a single meal pass without sharing it in some way.” ― Buddha
‍
Sharing is not only about caring. It’s about self-development, self-confidence, and happiness. Every time we help someone, we become a bit happier. Moreover, even when we see someone helping others, we feel better.

The report on the Value of the Charity Sector, prepared by the Charity Сommission for England and Wales and together with Frontier Economics showed a direct correlation between charity and people’s well-being. They state: «Charities are the eyes, ears and conscience of society. They mobilise, they provide, they inspire, they advocate, and they unite»

Charity is about faith in humanity and belief in ourselves.

OK. We all know that charity is a good thing. But why is there a strong feeling that something is wrong?

What was charity in the past? One took a loaf of bread and went to share it with the poor and hungry.

These days, charity isn’t exactly about good deeds. It’s about levers of influence.

Statistics show that charities get their biggest slice of income from individuals. Roughly speaking, most of the money in charity comes from separate people who make decisions based on their own interests. Unfortunately, modern CEOs, business owners, or other decision-makers are not Gandhi or Mother Teresa. They’re sharks. Through such actions, nowadays philanthropists find ways for their companies to avoid paying taxes and to influence public opinion and the political situation. Often with charity, they cover up more gross violations of law and morality.

The Guardian research conducted by Carl Rhodes and Peter Bloom uncovered several big gaps inside the charity sector. They state that ‚more and more wealthy CEOs are pledging to give away parts of their fortunes — often to help fix problems their companies caused.

The golden age of philanthropy is not just about the benefits that accrue to individual givers. More broadly, philanthropy serves to legitimise capitalism, as well as to extend it further and further into all domains of social, cultural, and political activity.

In a word, charity is now deeply connected with corruption. From the expression of good qualities by really good people, charity has turned into an absolutely non-transparent system. And the more this bubble grows, the more dangerous it becomes.

Of course, we cannot leave it this way.

We address existing problems from two sides. We are building an ultra-transparent system. Compared with traditional charitable contributions, we now provide a way to let every member of society become involved and responsible.

To begin, neither we nor our CEO decide where to allocate money for charity. The decision is entirely left to the user. Simply stated, you enter the myGaru app and decide which part of your data monetisation income goes to charity and you choose where you want it to go.

Additionally, our ecosystem is built in such a way that the percentage for charity is laid down in every dollar, and every transaction received from advertisers. And yes, there is one important thing. We’re not talking about profit share, we’re talking about the revenue share. These funds are added to the users’ donations made inside the app and then are contributed to charity.

Our strength is that we do not wait for a large amount of money to be raised to transfer it to a charity. Small contributions made on a regular basis do matter on a big scale. The architecture of our app is designed to ensure a constant flow of money to meet specific charity needs.

We do believe in the power of engaging individuals to solve global problems.

In fact, by getting the right to make a decision on where to allocate the charity funds, myGaru users get the levers of influence. The importance of each separate decision leads to the growth of a human impact on global processes, resulting in global evolution.

Now, to make sure that we understand each other correctly. When we speak of charity in the myGaru ecosystem, we’re not saying that advertisers will pay extra fees. Neither are we saying that users will transfer money from their personal credit card. We speak of rebooting the most non-transparent ad tech industry that leads to a reallocation of monopolised flows in favor not only of publishers and users, but also of the whole society.

As a result, contributing together leads the world to the evolution of humanity’s consciousness.

Giving back control is the first step

The publisher’s way to go from surviving to thriving.

GDPR – The law with a bark worse than its bite?

HomeAbout UsFor PartnersBlogContact
Thank you! Your submission has been received!
Oops! Something went wrong while submitting the form.